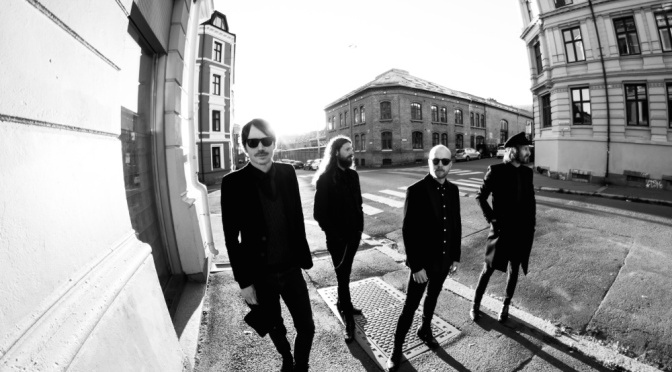 Mayflower Madame specializes in cinematic soundscapes that evoke the deep woods and steep mountains of their home country Norway – dark, haunting and majestic.
They first gained international recognition with their debut LP “Observed in a Dream” in 2016, which earned them rave reviews and tours in both Europe and North America, while 2020’s long-awaited sequel “Prepared for a Nightmare” firmly established their reputation as one of the continent’s best purveyors of atmospheric psych-noir flavored with post-punk and shoegaze.

On stage, Mayflower Madame delivers a deeply engaging blend of nocturnal, smoke-laden atmospherics, driving rhythms and reverb-drenched guitars that stab and shine.
Over the past years, they have toured in the U.S., the U.K., France, Germany, Netherlands, Poland, Czech Republic, Austria, Hungary and Scandinavia.
They have shared the stage with bands like Killing Joke, Moon Duo, Psychic Ills, La Femme, Night Beats, New Candys and The Underground Youth, which further might give you an indication of their sonic landscape.

Mayflower Madame is currently working on new music and planning their next release for spring 2023.

“Mayflower Madame adorn black hearts on the sleeves of their leather jackets with a sense of pride, and so they should.” (8/10 score)
Under The Radar Magazine