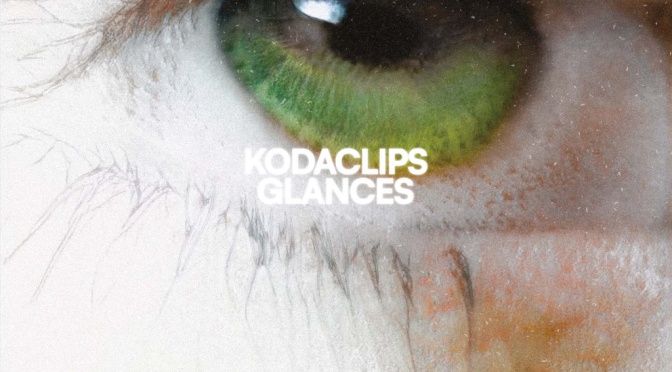 The album title is a tribute to one of their main influences, quoting the lyrics from Don, Aman, the 3rd track from the masterpiece Spiderland by Slint.

Being completely self-produced and self-recorded, Glances keeps a strong intimate feeling.
The lyrics are cryptic, thanks to the use of the cut-up technique, with the vocals often drowned in reverb.
Thematically, Glances deals with the ups and downs of depression, apathy, ominous signs, and dreamy moods.

The sound ranges from shoegaze and post-punk to space rock, with elements from math and post, with a rough sound that reminds of 90’s vibes.

The guitars create walls of distortion and ethereal atmospheres, doubling the energy pouring from the rhythm section.

Kodaclips is a shoegaze/alternative band founded in the second half of 2021.
Each member came from a different artistic background, ranging from psychedelia to stoner and progressive, and in Kodaclips these sounds melt, together with 90’s vibes.
Heavily influenced by the second wave of shoegaze, especially by the italogaze scene, Kodaclips enjoy to experiment with melodic and arrangement ideas.
They made their stage debut towards the end of 2021 and, after a few local shows, they were chosen as opening act for of A Place to Bury Strangers’ Italy tour.